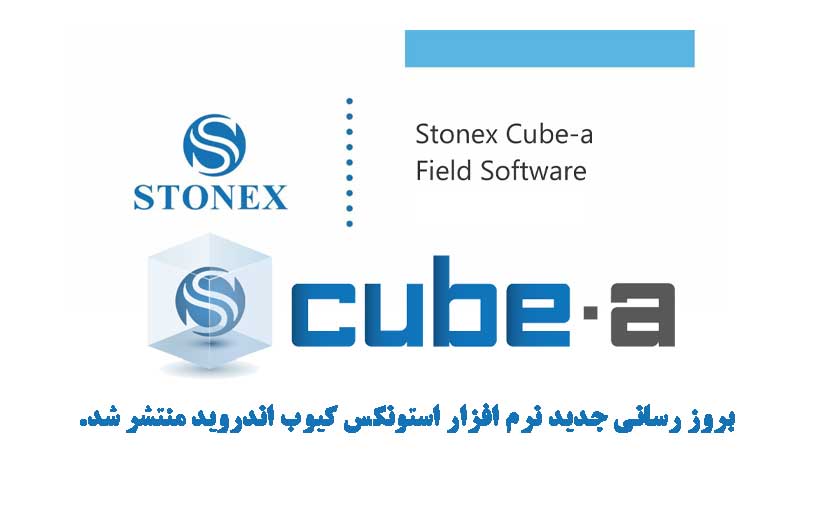 – DXF export
DXF format can be selected between R12 (AC1009) and 2010 (AC1024).
The last used DXF export settings are now restored automatically.
– GPS connection
Pole/Antenna height setup command and initial connection commands could interfere each other in such a way that the software could fail to detect the active working mode of the device. The Pole/Antenna height is now sent after the initial connection has terminated.

– DXF export
Fixes to make DXF files load properly on AutoDesk AutoCAD(tm).
– TS
Search near GPS and Rotate to point commands now check if there is an active TS station. If not, the commands are not executed.
Rotate up/down command texts were inverted in some translations.
– Raster images
Imported raster images were set to have a 0 opacity (100% transparency). The default has been corrected to 100% opacity.

– Stonex S70G
Antenna offsets were not set on GPS connection.
– KML import
Added loading progress indicator.
Points without a name are now loaded and a unique name is assigned to them automatically.
Points inside Folder (a KML data subdivision) are stored in layers having the same name of the parent Folder name.
– Pregeo DAT Export
Fixed a problem which was causing the application to crash.
– GPS point survey
Fixed a problem which could cause the program to crash if the point name was left empty.

– DXF export enhancements
New options to export point names, codes and heights as single texts;
The generated DXF file follows the A*CAD2010 format;
Fixed some issues in the assignment of layers to entities and in the export of point symbols as INSERTs of BLOCKs.

– Fix: the Fast Coding Panel was closing automatically. Now it stays open until the user closes it.

This is the first public release of Cube-a v5.

– Compatibility with Cube-a v5
Update of data file formats to be compatible with the latest version of Cube-a v5.
This ensures a smooth upgrade to Cube-a v5 (ask your dealer about the upgrade).
– TS
Rotate up/down command texts were inverted in some translations.
– Initialization screen
To avoid ANR (“Application Not Responding”) at Cube-a start-up, a new screen is shown with a work progress indication.
When the screen comes up, Cube-a is copying geoid and other files in place.

This release updates Cube-a 4.3.22B and older versions.

This release updates Cube-a 4.3.20 and older versions.
This is a cumulative update that includes all changes to the application that have been released by targeted updates and beta releases distributed between August and September 2020.

This release updates Cube-a 4.3.9(B) and older versions.

This is a maintenance update for the following:

– Restored missing pl-evrf2007-nh.ugf geoid file.
– The Reference System screen could not close on OK button press if a GPS connection had failed while the screen was open.

This is a maintenance update for the following:

– USA Geoid12B was not working anymore because of a recent program flow change.
– Some time consuming operations were not showing the “wait” message.
– Fixed a problem when changing the geoid file which could result in the recalculation of the points’ orthometric heights using no geoid at all (because the geoid was still loading in the background).
Closing and reopeing the job file was anyway restoring the correct orthometric heights.
– Fixes to some concurrent operations which could interfere with each other.
– Fixed some unexpected and unwanted automatic switches to TS mode.
– Some more enhancements to make the application run faster.
– “A” series GNSS devices (Atlas): the application now programs the GGA output precision to use 7 decimal digits (rounding error of +/-0.18 mm or +/-0.04572 inches).

STONEX Cube A Software for GNSS and TS

This release updates Cube-a 4.3.3(B) and older versions.
What’s new:

This release updates Cube-a 4.3.1(B) and older versions.
What’s new:

This release updates Cube-a 4.3.1(A) and older versions.

This release updates Cube-a 4.3.0(I) and older versions.

This release updates Cube-a 4.2.0.20190221 and older.
This is a cumulative update: it includes all changes to the application that have been released by targeted updates and beta releases distributed between March and May 2019.

This release updates Cube-a 4.2.0.20181126 and older.
This is a cumulative update that includes all changes to the application that have been released by targeted updates and beta releases distributed between December 2018 and January 2019.

The conversion is accurate to the millimeter.